The Space Alien's long-planned winter holiday was recently waylaid.   Despite carefully made plans to spend a week on a sunny Caribbean beach sipping non-alcoholic Mai-Tais, the Space Alien, traveling at customary velocities exceeding the speed of light, wound up in a dingy hamburger joint in freezing Chicago drinking a stale root beer.

"How could this happen?" wondered the Space Alien.  "This is not the winter getaway I planned!  I followed my compass so carefully!  How could I have gotten so lost?"

The Space Alien soon noticed this article in a copy of the prestigious science journal Nature that another patron had left behind on the greasy counter.


The Space Alien quickly set aside the stale root beer and began reading this article with alarm:

"Something strange is going on at the top of the world. Earth’s north magnetic pole has been skittering away from Canada and towards Siberia, driven by liquid iron sloshing within the planet’s core."

Then the Space Alien turned a few pages and found this diagram: 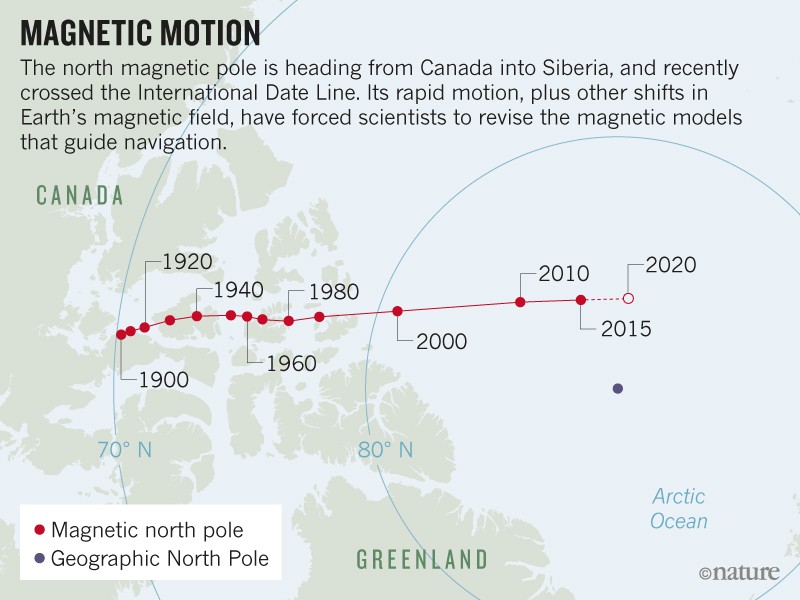 "Oh my goodness," thought the Space Alien.  "If the magnetic poles are moving, this must be why my compass doesn't work!   Without my compass, how will I ever find my warm, sunny vacation spot?"

The Space Alien picked up a cell phone to do some research and saw that even Forbes had reported this movement of the earth's magnetic field!

Newsweek had also reported this at: https://www.newsweek.com/earth-magnetic-field-northern-pole-noaa-wmm-navigation-1318159

"Earth's northern magnetic pole is moving at an unexpectedly fast rate toward Siberia. Scientists discovered the pole was not where it should be in September last year, and, as a result, had to update the model that tracks its movements."

The Space Alien was flabbergasted by this news.  "What will happen to all the snowbirds heading for happy vacation trips to Florida or points south?" wondered the Space Alien. "They will have to unpack their swimsuits and pack Russian dictionaries instead!"

April 1, 2016  Source: CNRS
Summary:
The Earth's magnetic field permanently protects us from the charged particles and radiation that originate in the Sun. This shield is produced by the geodynamo, the rapid motion of huge quantities of liquid iron alloy in the Earth's outer core. To maintain this magnetic field until the present day, the classical model required the Earth's core to have cooled by around 3 000 °C over the past 4.3 billion years. Now, astronomers suggest that, on the contrary, its temperature has fallen by only 300 °C. The action of the Moon, overlooked until now, is thought to have compensated for this difference and kept the geodynamo active.
~~~~~~~~~~~~~~~~~
The Space Alien, momentarily stunned by new words like "geodynamo" and the possible role of the Moon, did a quick Google search to read about the effects of movements of the Earth's molten core upon the geomagnetic field. https://websites.pmc.ucsc.edu/~glatz/geodynamo.html .

"This is all much too complicated for me," thought the Space Alien, and immediately picked up the phone to book a  seat on the next commercial airline flight to Miami. 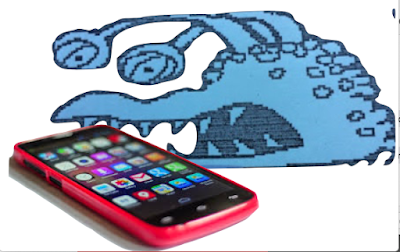